I'm sure you know what I'm talking about when I say "my skull sweatshirt" because I wear it pretty much all the time so it's in millions of my pictures. Anyway! Craig just made another batch, so Summer and I drove up to Columbus to pick up our new sweatshirts and see Craig's art space!

My new skull sweatshirt is ORANGE. Whee! Summer and I got to Columbus around 4, and checked out Craig's space. It's HUGE! It's a whole giant garage. We all drove to this big art store and got a couple things, then went to Northstar for dinner. I got the Thai Chicken Burrito, my favorite!

Then we went back to Craig's and drank some beers and he taught us a lot of stuff about printing shirts. Summer already knew some of it, and she caught on quickly! It was so fun to get to use all the supplies and make our own stuff! We made a small pile of tank tops and shirts. By the time we were finished, we were hungry again so we went to Easy Street Cafe for dinner #2. We split fried calamari and a big greasy awesome greek pizza. We didn't get back to Athens until 1 a.m.!

Click here for photos.
Posted by orangek8 at 5:54 AM 0 comments

Roslie hosted a "Pleasure Party" tonight. It was pretty hilarious and fun and a little embarassing. Rose and Leslie made lasagna and got out the old chocolate fountain. There were tons of girls! We passed around all SORTS of stuff. And tasted all kinds of weird body lotions and sparkles. Quite the bonding experience!

Click here for photos.
Posted by orangek8 at 5:59 AM 0 comments

The San Francisco trip was incredible! We did tons of eating, tons of shopping, and tons of sight seeing.

The first day, Mer and I explored the city and did a little shopping. That night, Jason came over from Berkeley to go out to dinner with us! We went to the Bluejay Café. I had crab cakes, they were delicious!

On Friday, Beth had the day off work, so Mer, Beth and I went shopping. We went all over the place! It was sort of a rainy day, so we tried to stay inside shops. I was feeling pretty sick that day. I was on antibiotics for my neverending cold, and had been feeling better the day we left for the trip, but the airplane messed me up! I couldn’t hear out of my left ear, which was pretty uncomfortable. We stopped into a pub and I had a hot toddy, and it definitely made me feel better.

We ate lunch that day at a little Italian place. I had sausage pasta. Mmm. That night, Jason met us out again, along with Beth and Renee’s friend John. We went to this restaurant called Chow. By then, I had called some doctor friends and picked myself up some Sudafed and some Mucinex, hoping to open up my ears. Dinner was delicious! Everyone kept telling me to plug my nose and blow to clear my ears, but I have a lot of trouble doing that because when I was about 10, I broke my ear drum. That was incredibly painful, so I’m always cautious about my ears these days. Anyway, after two beers, and the sinus drugs, I got a little bit braver and blew just a LITTLE bit harder. My ear unclogged! HOORAY! We had a big toast to celebrate. For dinner, I shared a pizza with Mer, and had a salad. We got awesome goat cheese for an appetizer.

On Saturday, we did a bunch more shopping! Renee, Pete and Dan came this time also. We shopped all day, but spent the afternoon at a pub enjoying amazing cheeseburgers. AMAZING ones. The Banana Republic downtown was the biggest store I think I’ve ever seen. The petite section was the size of the entire Banana Republic at Easton in Columbus! There were two stores, winding staircases, BATHROOMS. It was incredible. I bought some jeans.

Saturday night, we had cocktails at a fancy lounge, then headed to Suppenkuche, the traditional German restaurant. We had an AWESOME TIME! The bartenders were so nice, and they helped you decide which German beer you’d like the best from their extensive draft selection. I had Franziskaner, which was soooo good. Dinner was incredible too. We ate a ton of meat. We traded bites, and Beth’s was definitely the best. She was brave and ordered the “Roasted Suckling Pig.” It was SO good. The waitress was awesome. I asked her if the T-shirts they were wearing were for sale, and she said “Yes! They’re $20!” Then she whispered, “If you tell me it’s your birthday, I’ll just GIVE you one.” I replied, “IT’S MY BIRTHDAY!” Renee said, “It’s my birthday too! I’ll take a Medium!” Hah! Renee, Mer and I all got free shirts.

We also tried these shots called Underberg, they’re little bottles called “digestives.” They’re supposed to make you feel better after a hearty meal. They’re fun because everyone gets their own tiny bottle, and you POUND them against the table over and over again to shake them up. It’s fun because it causes a scene. Then you drink the whole bottle at once. It tastes like licorice and it really DOES make you feel better! After Suppenkuche, most people hung out, but Mer and I went to bed right away. We were so full from meat and beer!

On Sunday, we went downtown to the Ferry Building to see the bike race. It was the first day of the Tour of California, and there were tons of people there! We watched for awhile and then Mer and I walked to Fisherman’s Wharf to see the sea lions. They were the CUTEST. They’re so funny! I took some movies of them, check them out:

That afternoon, Dan had a barbecue! Beth got him some fancy meat for Valentine’s Day, so they grilled that up, along with a bunch of other stuff. It was fun to be able to grill out in February!

Monday was our last day. Mer and I walked to Golden Gate Park, which is HUGE! We went to the Japanese Tea Garden, and had tea and snacks and walked around and took one million pictures! It was beautiful. That afternoon we did some shopping, and for lunch we ate Belgian Fries! They had tons of dipping sauces to choose from. I had Curry Ketchup. YUM.

Monday evening, we went over to Beth’s apartment to have some beers. Her apartment is SO cute. Tons of pink and vintage! After beers, we went to Chow. I wanted to go there again because the first night was so delicious! This time we went to the other location, Park Chow. We got the best table, upstairs by the fireplace! More delicious food and beers.

On Tuesday, we flew home, and I wish the vacation would never end!
Posted by orangek8 at 6:01 AM 0 comments

I have been sick for the past couple of weeks (bronchitis, tonsillitis, the works!), so I am behind on updates. They will come soon, but first I wanted to announce that I'm going on vacation tomorrow! For Christmas, my sister is taking me to San Francisco! We're going to be there for five nights. Here is the booklet she gave me on Christmas morning telling me about the trip! Scroll on down! 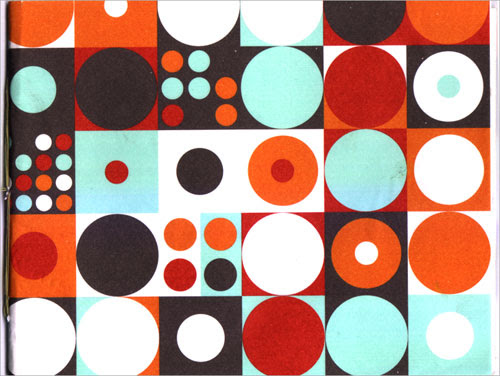 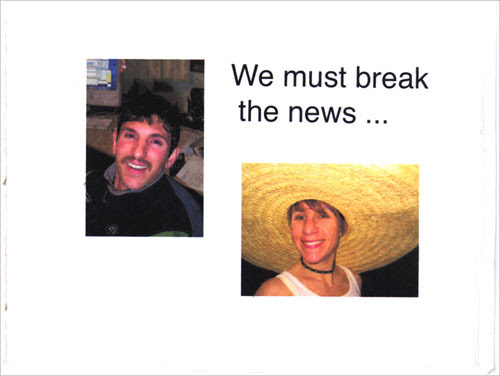 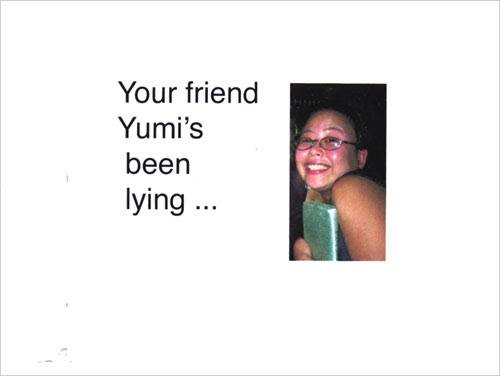 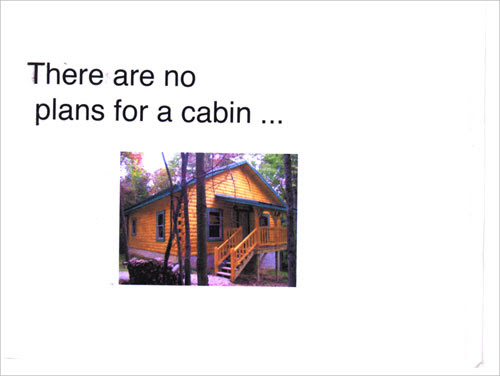 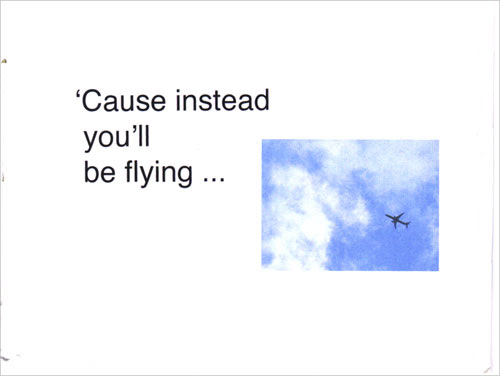 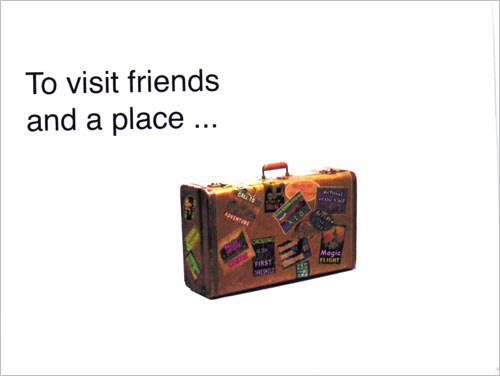 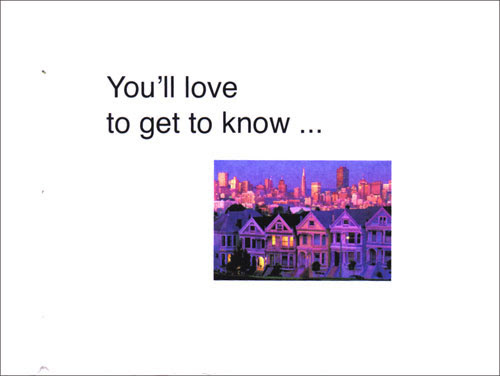 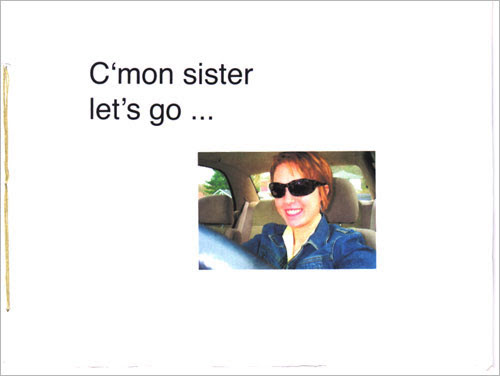 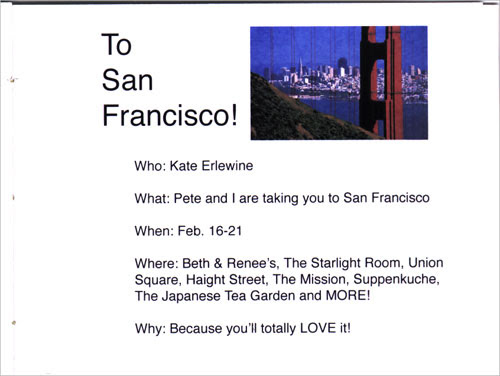 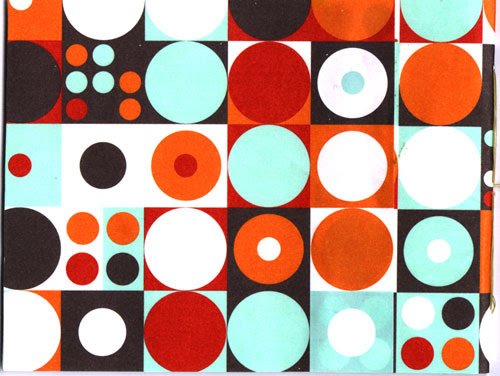 Tonight I hosted poker night! I made a ton of chiken curry. Since our place is small, we broke up into two tables. My house was like a little casino! I still can't shake this cold, and tonight was a cough fest. It was really obnoxious, and Laura suggested I take a shot of olive oil to make me feel better. I did, and I did feel a little better! However, every time I burped for the rest of the night, it tasted like hashbrowns. 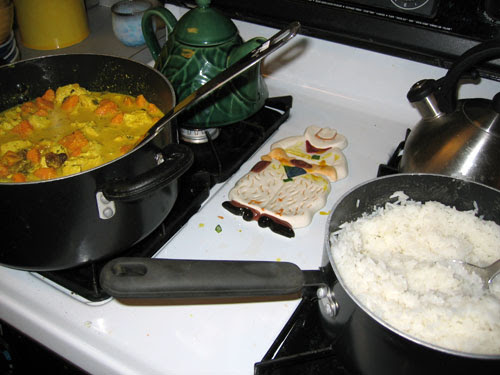 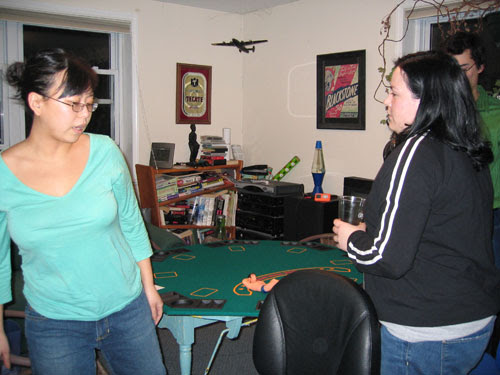 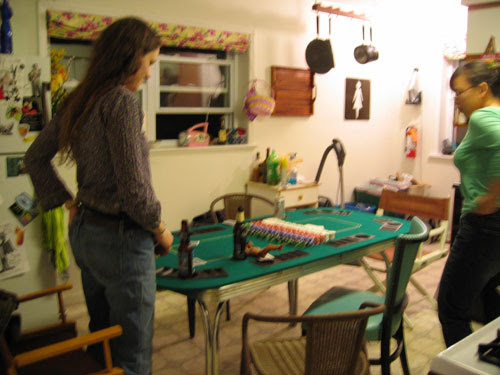 Adam and I headed to Huntington, West Virginia to attend Jared and Jessica's wedding. It was a beautiful wedding, and nice to see everyone, but unfortunately we were both sick for it. My fever wouldn't go away, my throat was killing me, and I couldn't stop coughing. Adam had the other illness that's going around town, the stomach flu. So we only managed to hit the reception for about half an hour, and then we went back to the hotel, took our medicine and were asleep by 9:30. What unfortunate timing! Jared and Jessica's first dance: 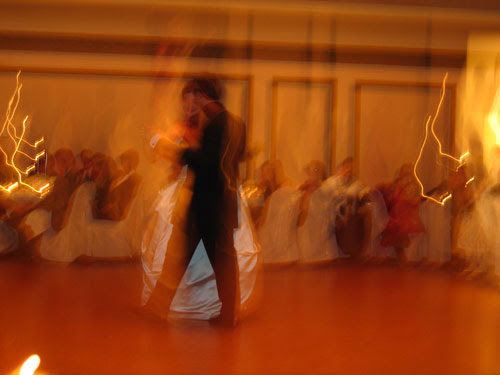 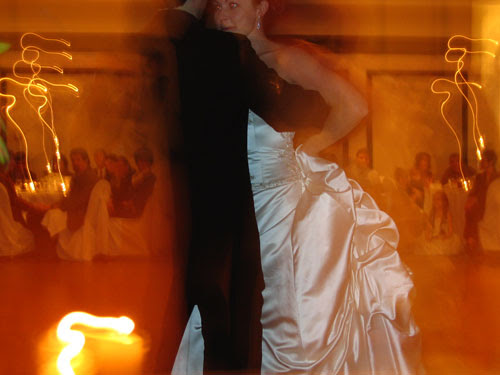 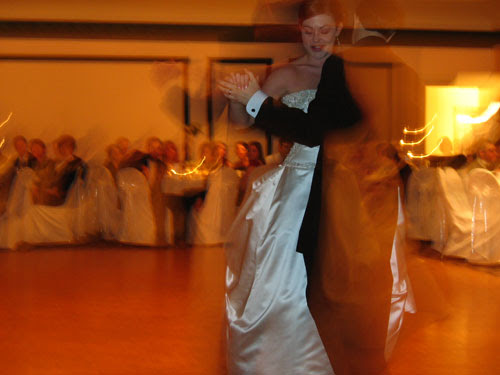