This weekend is the Hock Hocking Music Festival. Tom, Gina, Ben and I volunteered to work in the beer garden from 7-11 on Friday night! Can you say FUN? We got to serve (and drink) beer from the following delicious breweries: Mariette Brewing Company, Columbus Brewing Company, and Jackie O's Brewery. Look at the pretty lights! 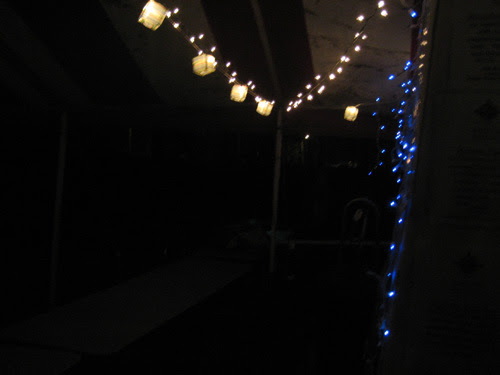 We were having a blast! Me and Gina! 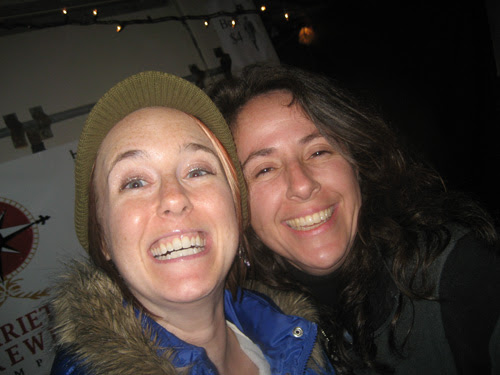 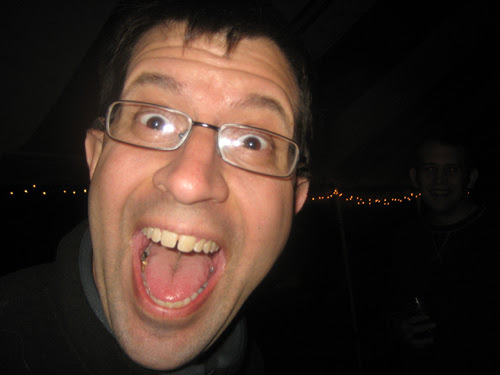 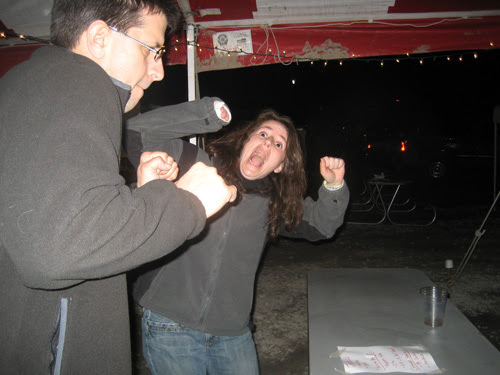 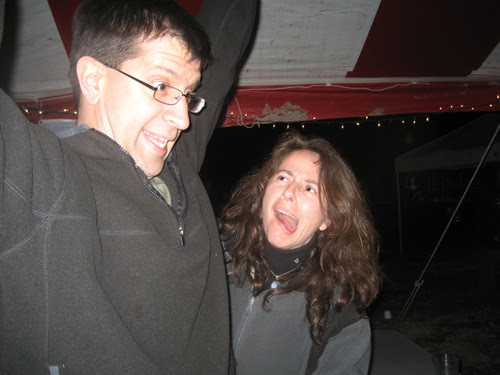 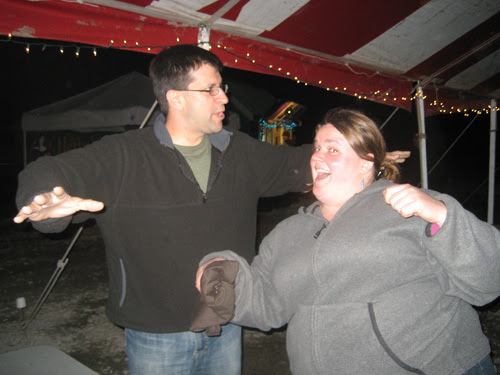 This guy was the best. First of all, we had to cut him off. No more beer for him. Then he told us all he was bisexual and announced the order in which he would choose to do us. I was first! La la! Here he is with Tom, his #3 choice: 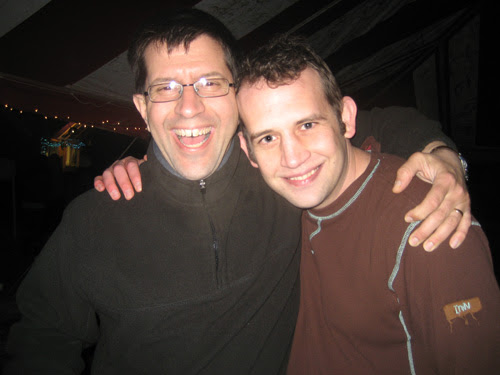