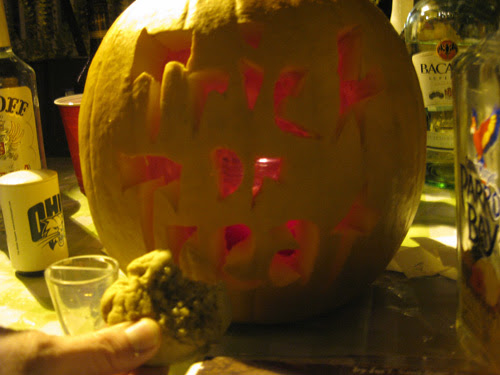 There were 18 players! It was huge! 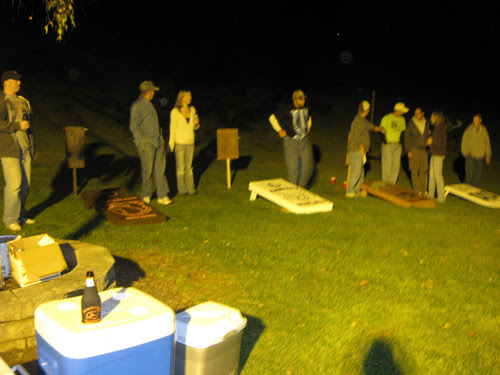 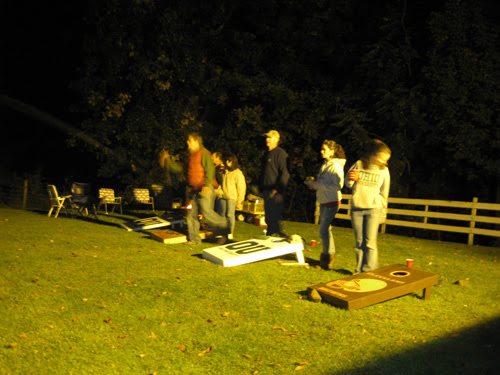 Bob was on the winning team, and the prize was an Abba performance by John, Cheryl and Chuck! 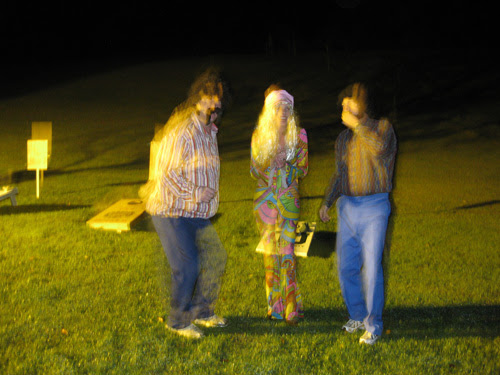 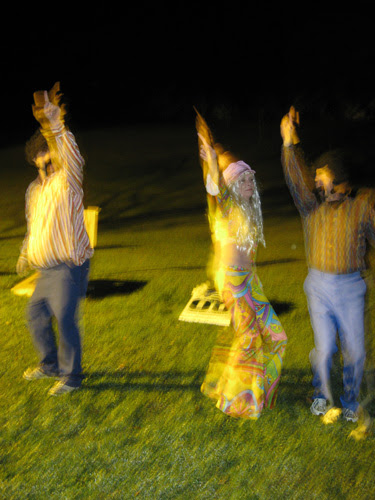 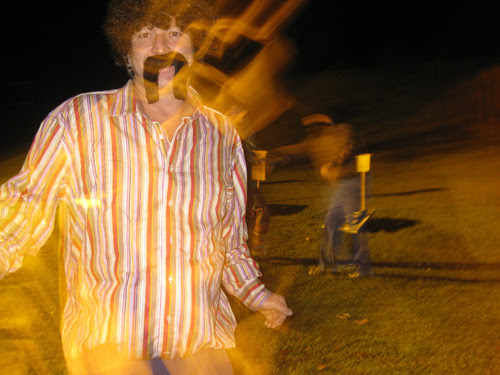 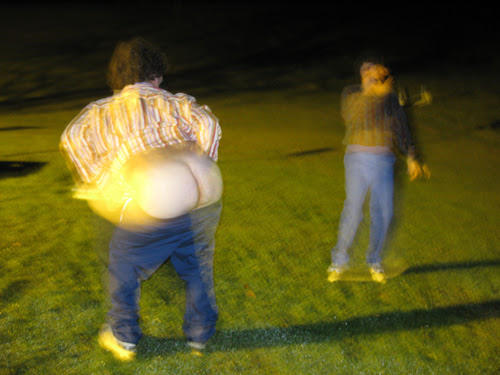 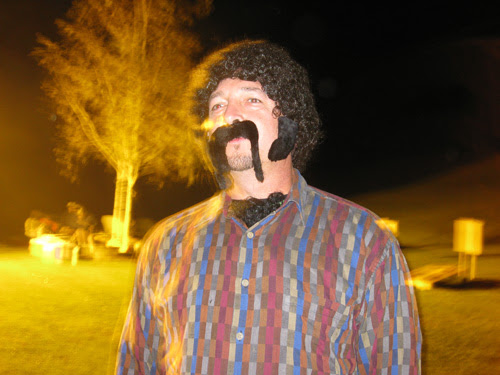 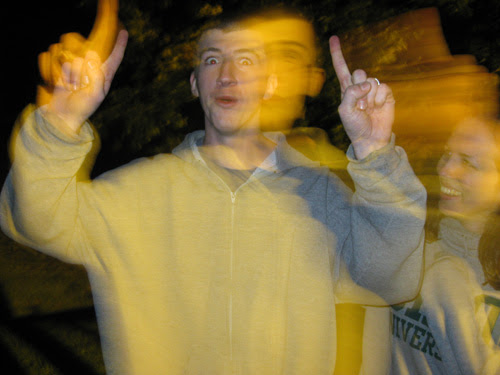 The other part of the grand prize was a big giang hug attack from John! 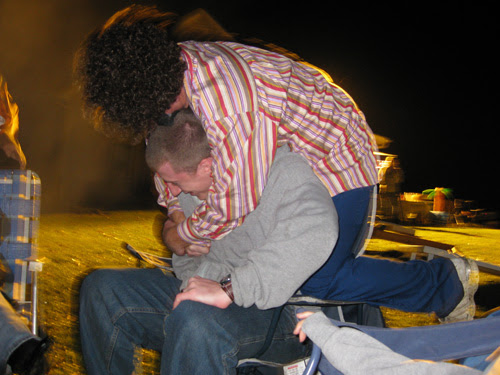 Oh no! Bob has his hair! 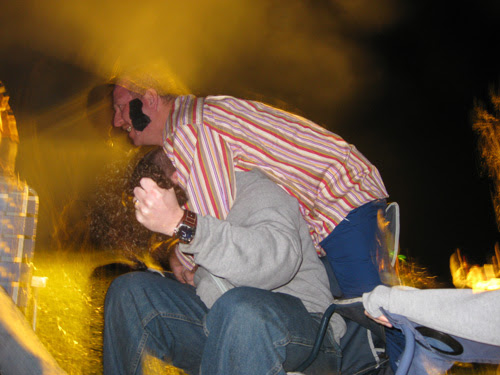 Ben entertained us with some wiener tricks. 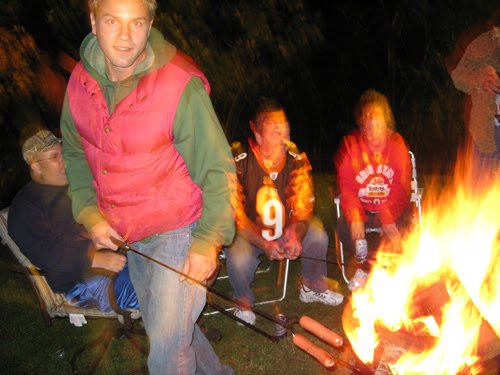 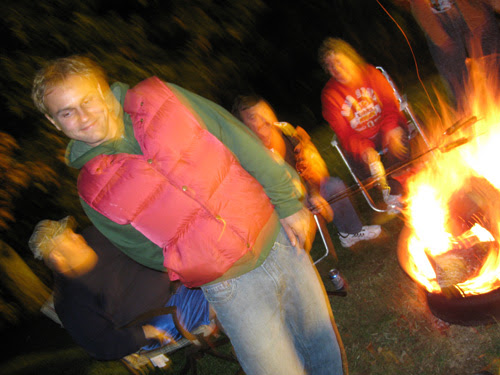 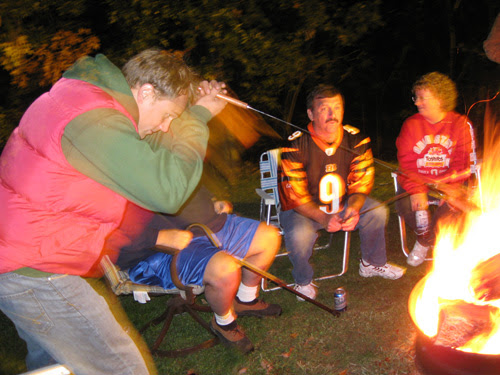 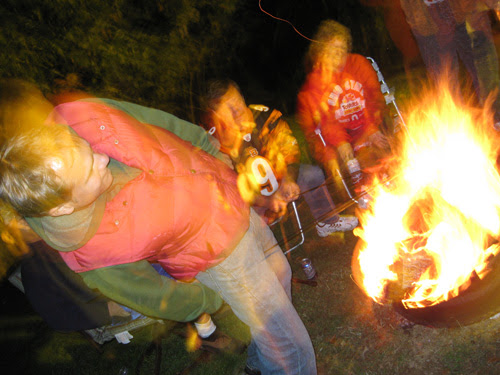 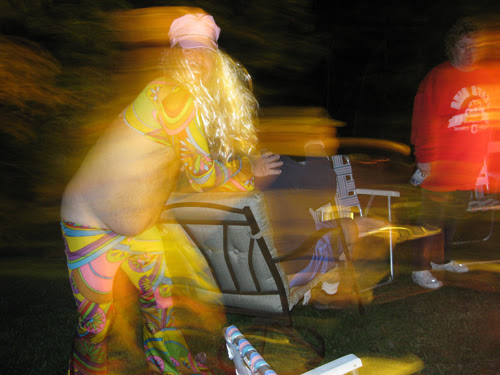 The grand finale portion of the grand prize (or maybe revenge for stealing his wig?) was a lap dance! Lucky Bob! 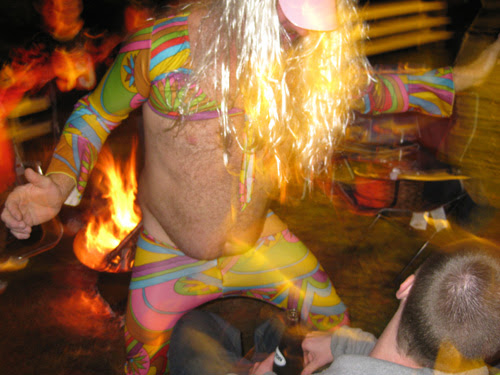 Then Ben and John shared a plate of cheesy potatoes and we called it a night. 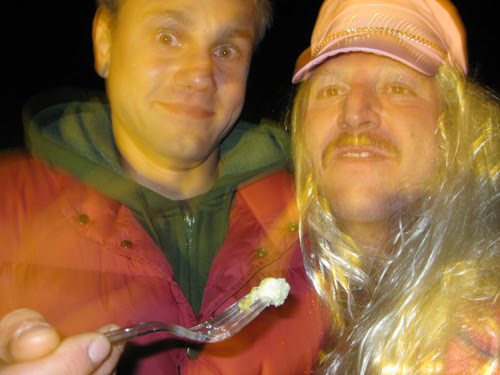