Yumi, Summer, Lori and I headed to Cleveland this weekend to visit Angela! I had never met her dog Louie before. He was SO handsome and BIG!!! I was so happy to see Scout again. I LOVE Scout. This dog is just the sweetest, most polite and gentle guy. He reminds me SO much of Charlie. Look at him sleeping!!! So tired! 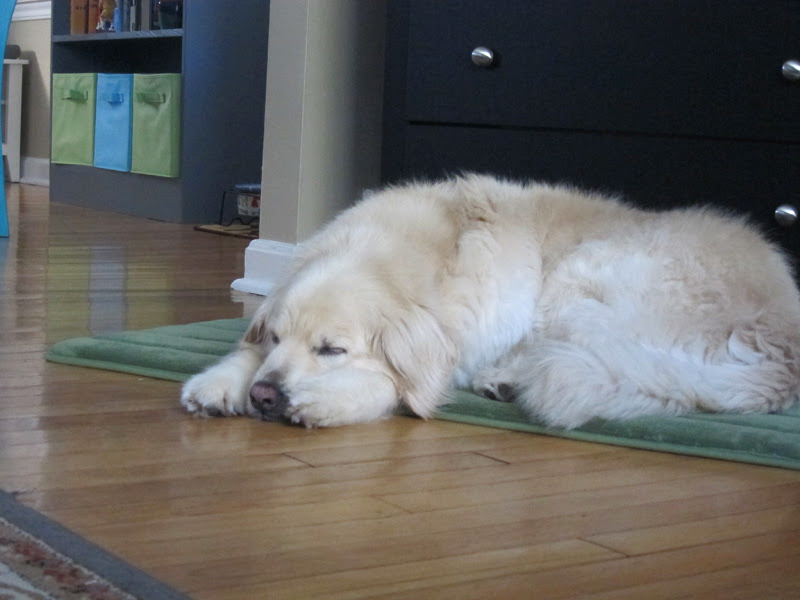 We hung around the house chatting for awhile, and then we went to the Bottlehouse Brewing Company to play some Five Crowns and have some cocktails! 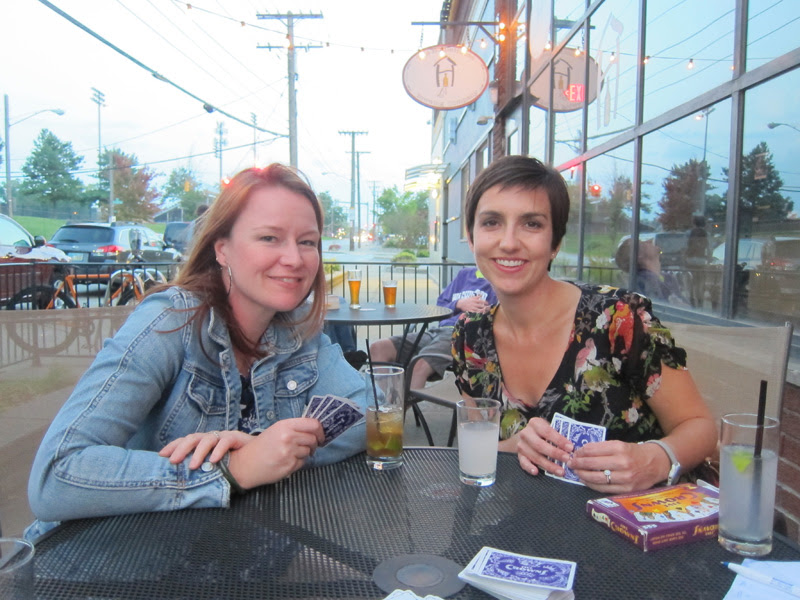 I had a Back Mission Fig Manhattan and it was DELICIOUS. 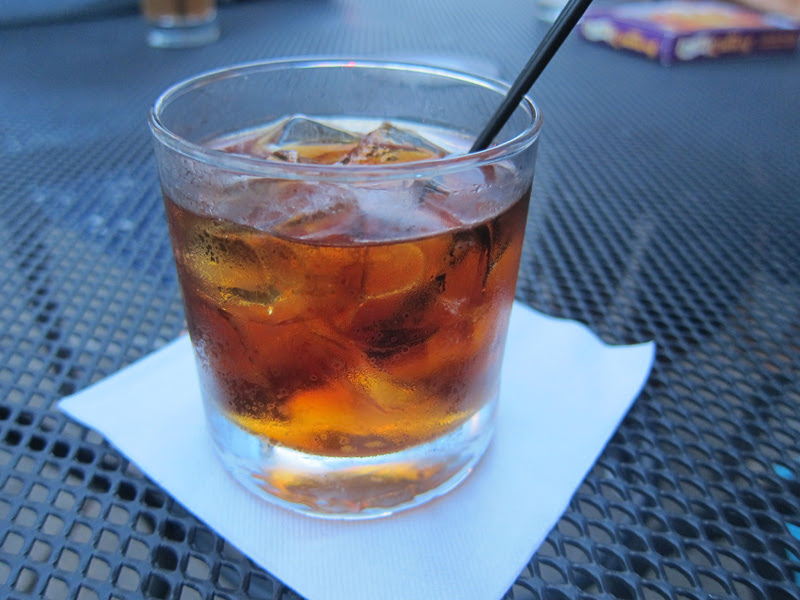 For dinner we headed to Crop Bistro. The building was so cool! Look at those tall ceilings! 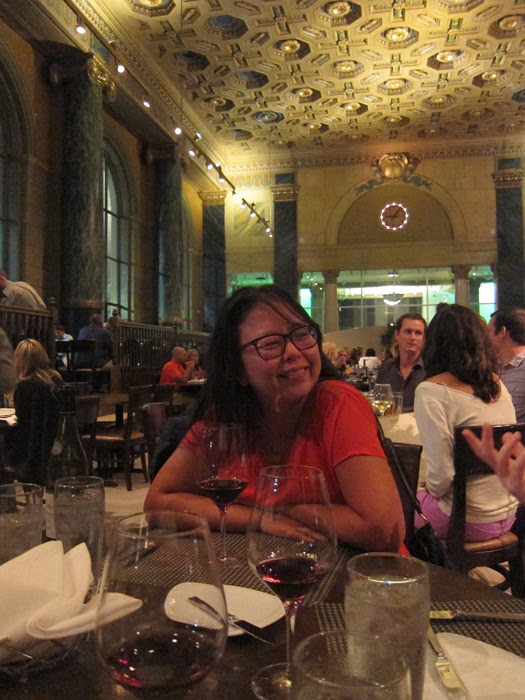 I had a beet salad to start. 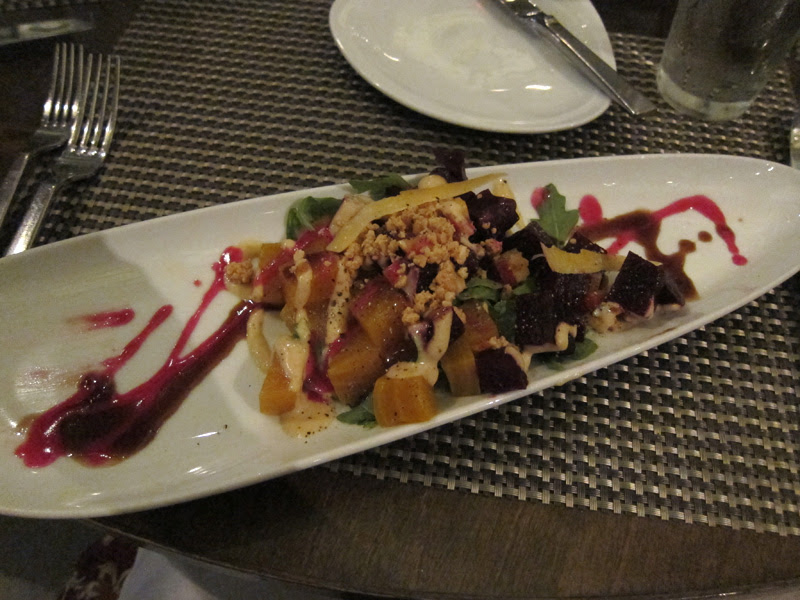 And summer corn ravioli with shrimp in a lobster broth for dinner! Yum. I forgot to take a picture of dessert, which is a bummer because it totally hit the spot. It was called the Inverted S'more and it had: Graham Cracker Ice Cream, Chocolate Marshmallow, Cocoa Nibs, Honey Crisp. I love marshmallows so much! 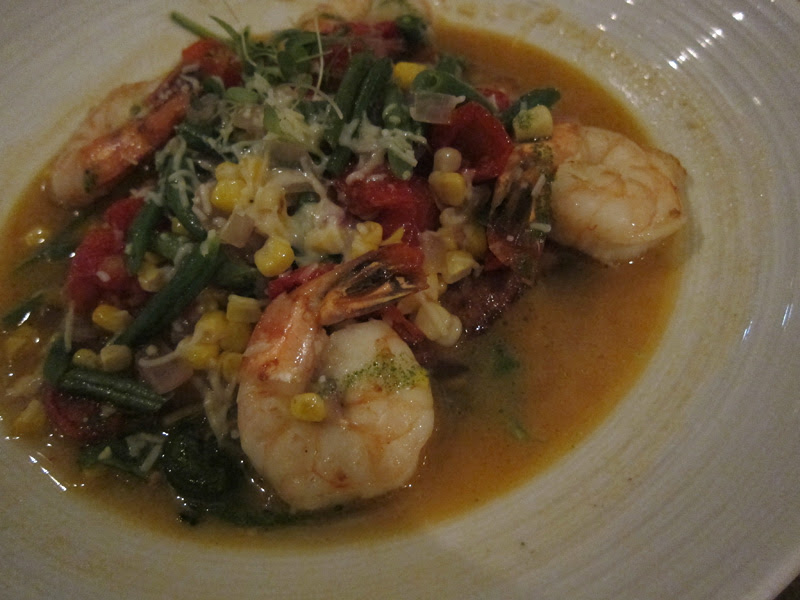 Lori and Angela are both pregnant!!! Exciting! Look at how CUTE they are! 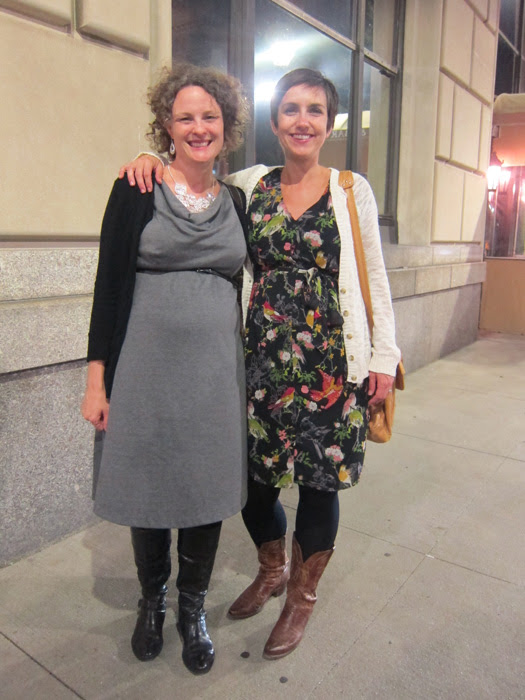 So I just could not stop myself from taking a million pictures of Scout. Look at how SOFT and NICE!!! 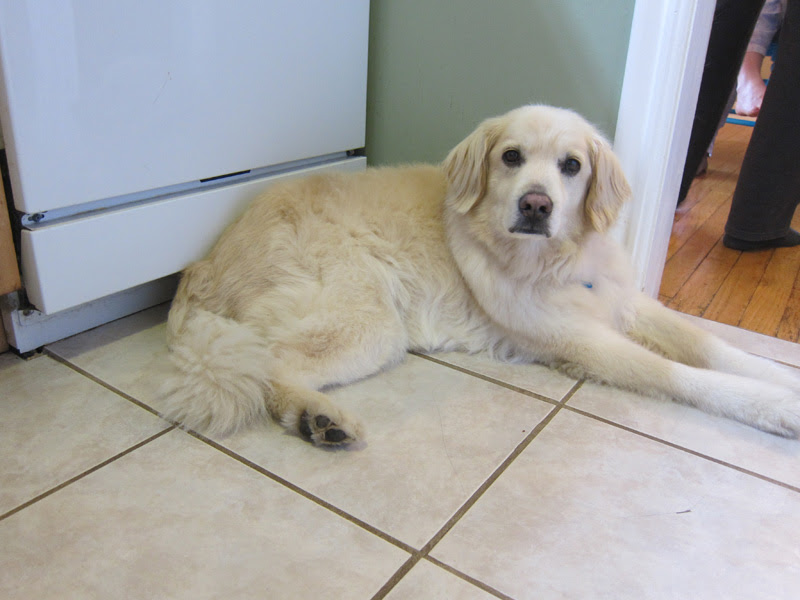 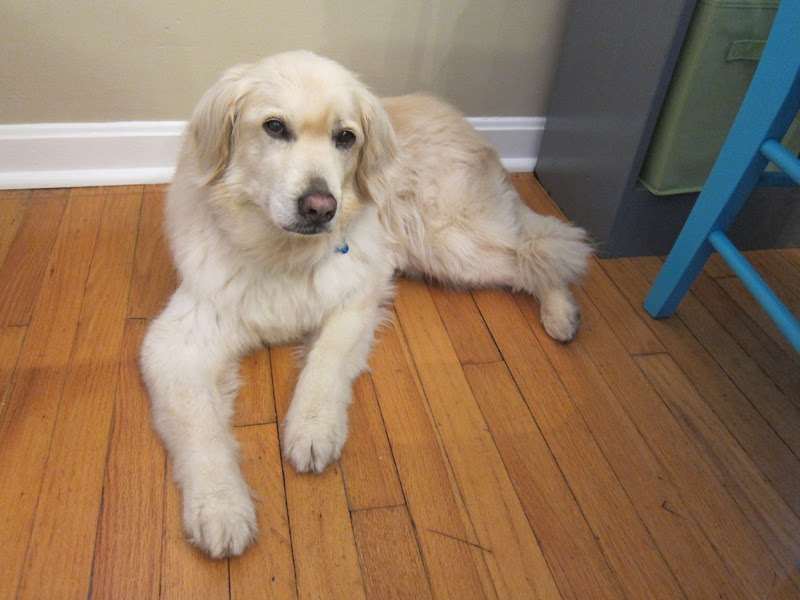 Aw, Scout in the sunshine. It was so great to see Angela and hang out in Cleveland for a night!
Posted by orangek8 at 9:17 PM