The Ohio Pawpaw Festival gets bigger and better every year, and this year it was HUGE! So many people came out for the fest that there were some issues with parking. Folks were encouraged to head to one of the free shuttle lots to park. We went to the lot at the Albany Fairgrounds. When we saw the line of people waiting to take the shuttle to the festival, we decided to just walk! Albany is about 1.7 miles from Lake Snowden where the Ohio Pawpaw Festival is held. It was an adventure! Heading into the fest. Look at all those cars! We got to roll VIP-style since I am the webmaster for the Pawpaw Fest web site. Cheers! Jackie O's delicious Pawpaw Wheat. Doesn't it look like a ray of sunshine in a glass? We ran into Dennis, too! This year there was a new feature at the festival - The Pawpaw Gauntlet! This was a giant obstacle course race. 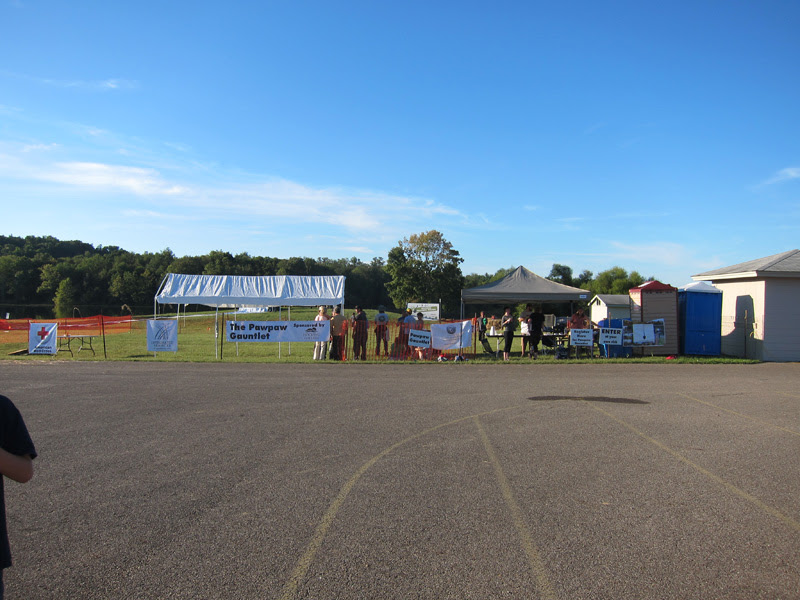 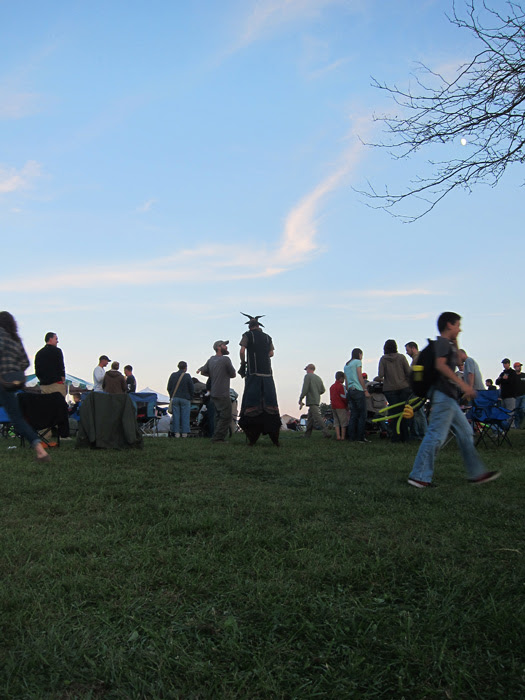 We also ran into Leda! 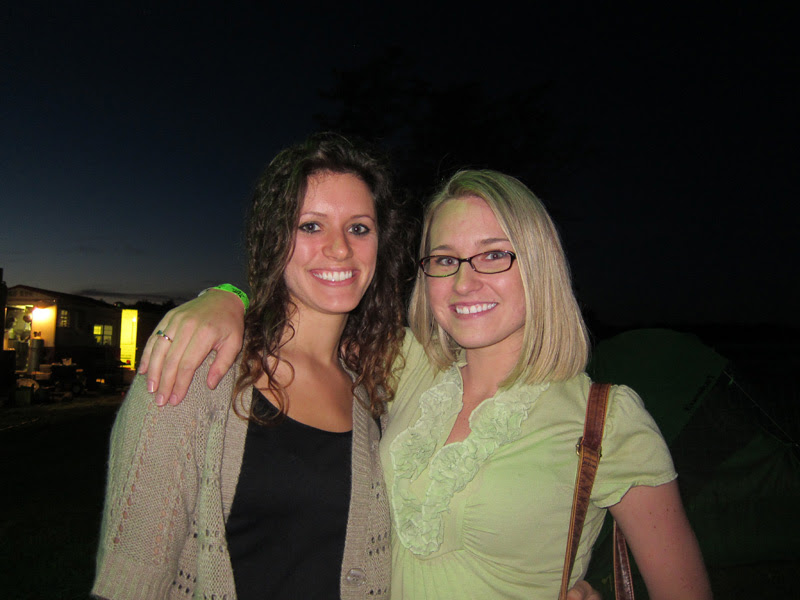 It got dark and cold FAST. 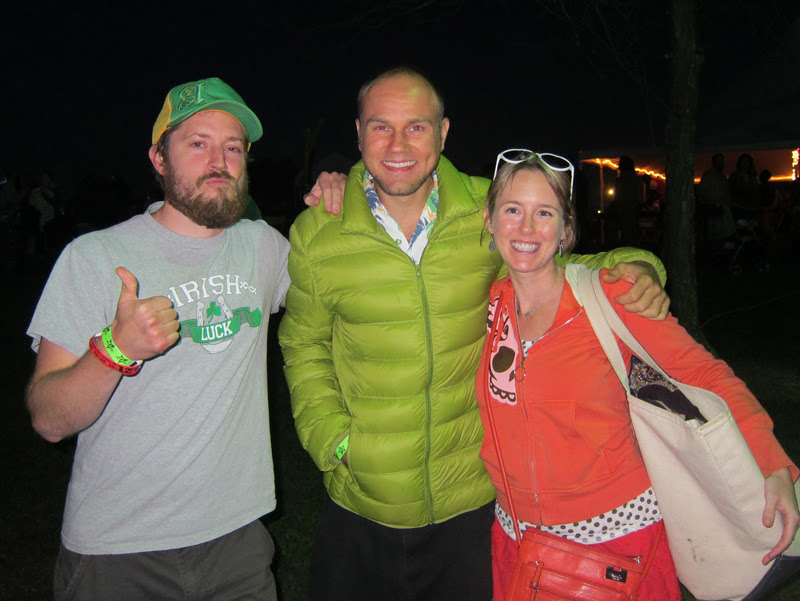 We opted to take the shuttle back to the fairgrounds rather than walk in the dark. I was pretty jealous of this girl's outfit.