Today marked the first day of the 2nd Annual Ohio Brew Week. This is a week for to celebrate BEER. Bars all over uptown are featuring guest beers from breweries all over Ohio on tap! I went up with Gina and Tom to witness the official keg tapping ceremony at Jackie O's. The crowd gathers round: 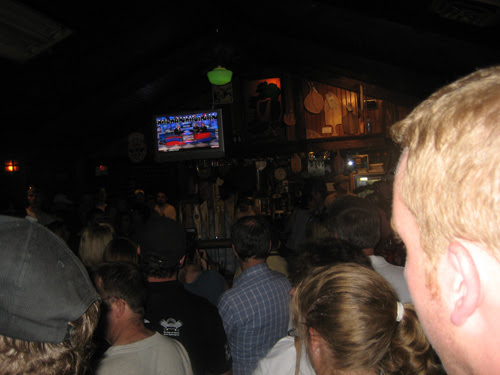 After drinking a Sunset Village Wheat, we headed next door to Skipper's to see what beers they were featuring on tap. They had this DELICIOUS Summer Ale from Cornerstone Brewery, featuring notes of lemongrass and ginger: 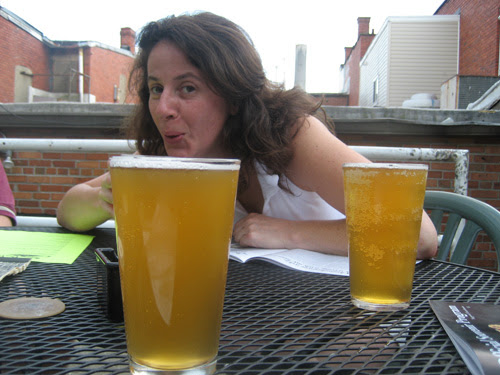 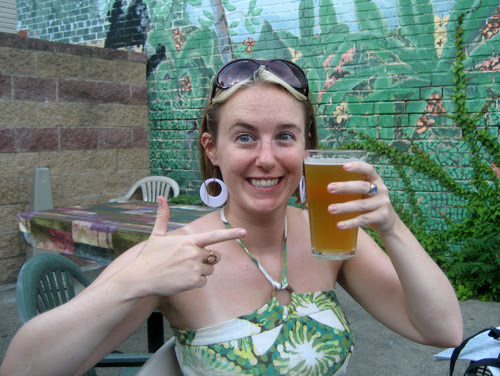 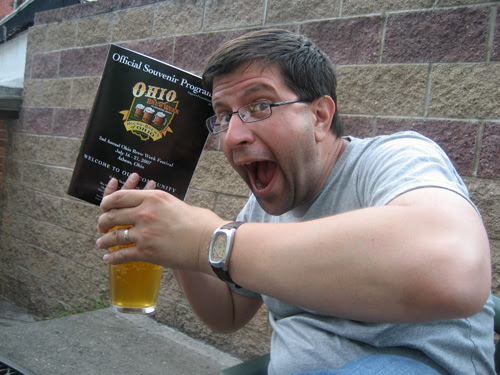 Next up, we had a round of Cornerstone Brewery's Angry Gorilla, which is a hefeweizen! Featuring notes of banana, clove, wheat and bubble gum. SO DELICIOUS. 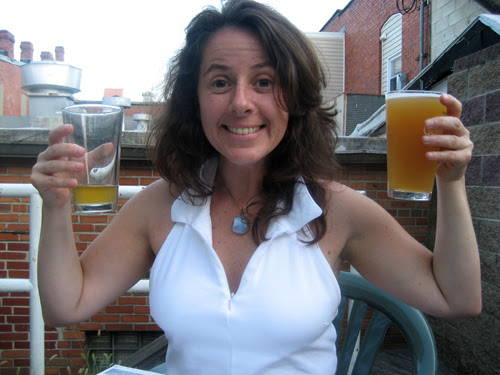 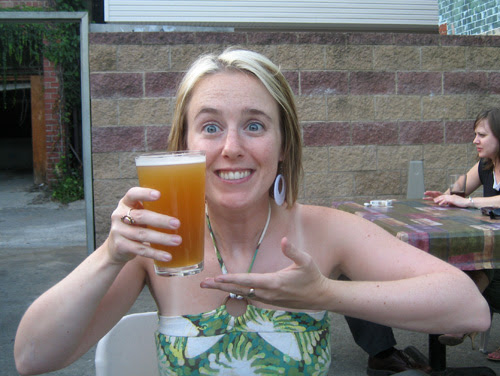 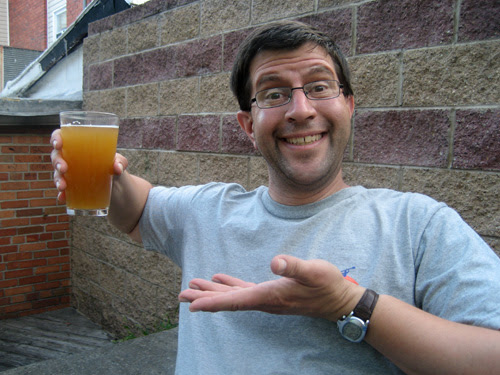 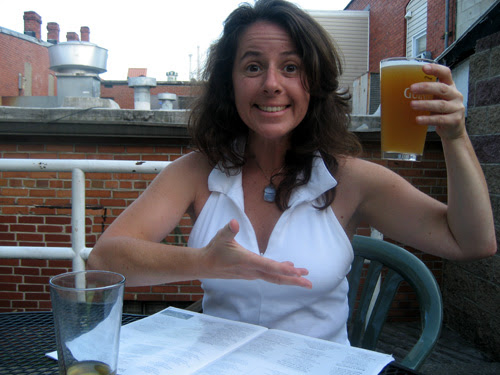