Summer and J hosted poker in their barn tonight! Ben and I tried two new beers, Pyramid Snow Cap, and Leinenkugel's Fireside Nut Brown Ale (not pictured). The Snow Cap was good, the Nut Brown was AMAAAAAAAAAAAZING!!!! It was so nutty, and mapley, and caramely. 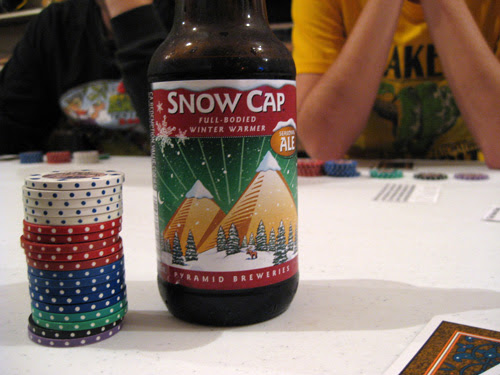 Rose took off with my camera and took the rest of these photos! Mmm, Snacks!! 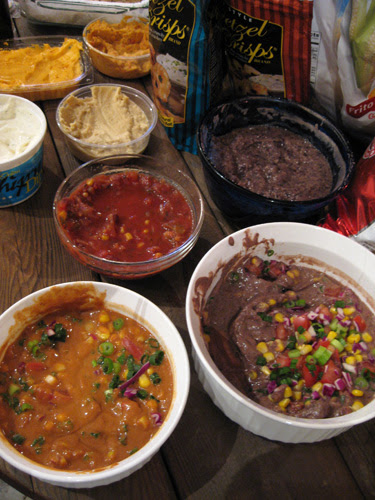 Tom and Angela were at my table. 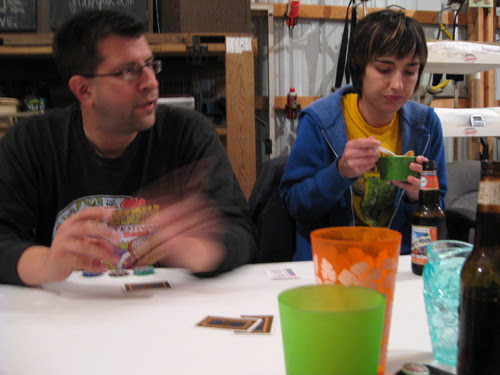 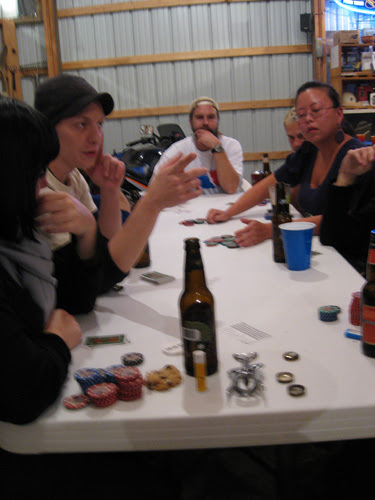 After I lost, I played euchre with some other losers. At one point, I headed up to the house to go to the bathroom, and when I got back, Aaron and Marco were giggling like little girls!!! And they would NOT tell me why!!! The next day, when I looked to see what pictures Rose had taken on my camera the night before, I discovered what had happened. Marco had decided to take my leather vest, wear it as a top, and pose while Rose took pictures!! 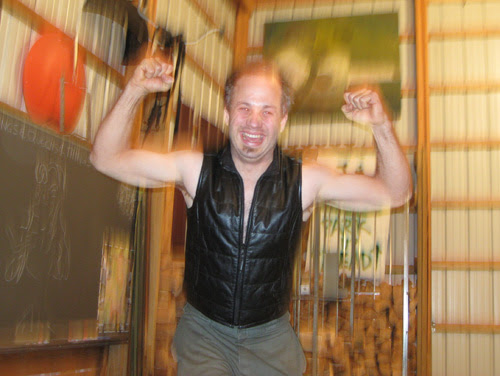