The night before Thanksgiving, NBIA staff & friends went out to celebrate the holiday. We decided to have a round of Irish Car Bombs, and we asked a man at the bar if he would take pictures of us for my web site. He didn't actually take any pictures until we were totally finished!!! Check out the look on my face, you can tell I'm SUPER concerned about the fact that I saw NO flash the whole time we were chugging away: 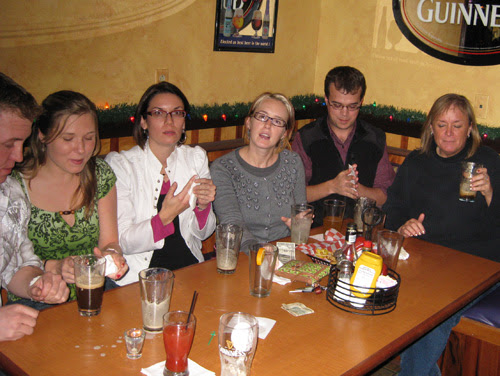 As a consolation prize, we asked him to take a photo of us holding up our empty glasses, but this picture ended up with a bunch of us cut off and a shadow covering half the shot. FAIL!! Obviously we would need to have another round later, and properly document it. 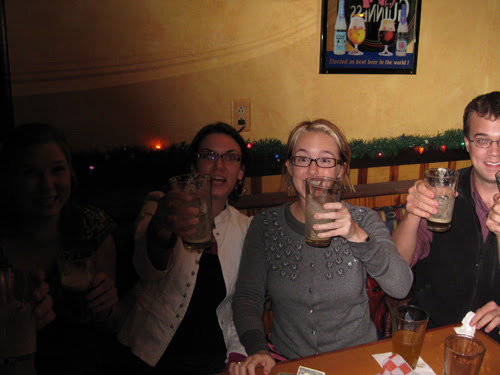 Carla introduced me to a fun camera game that I had never heard of before. It's called Around The World! One person takes the camera, and takes a photo of them and the person next to them. Then, they pass the camera to that person, who takes a photo of themselves with the person on the other side of them. The camera goes around the whole group and you get a fun set of photos!

AROUND THE WORLD! GO! 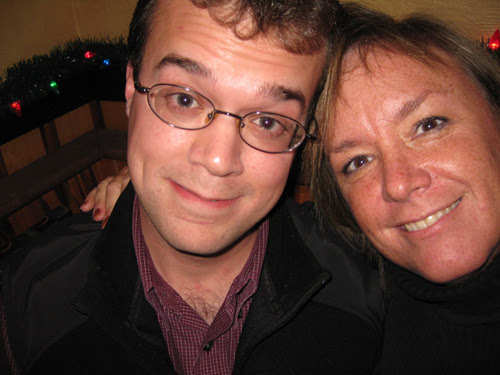 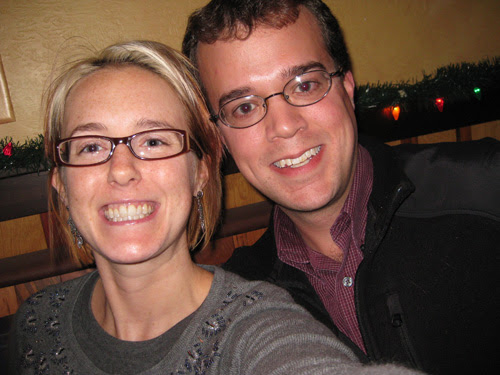 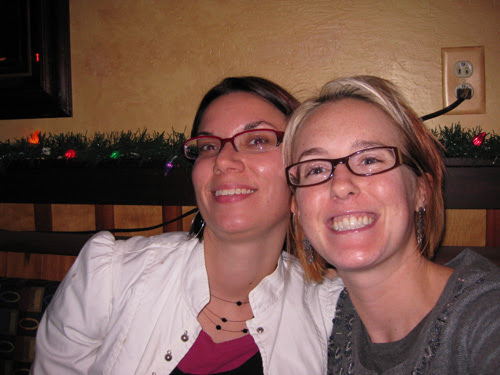 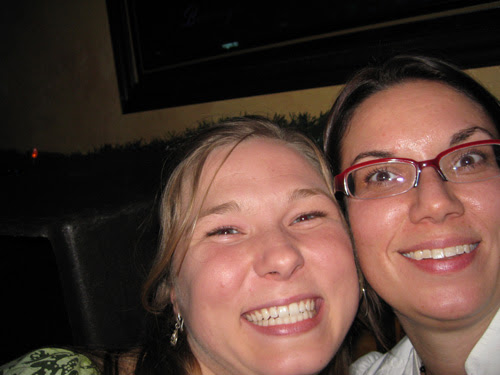 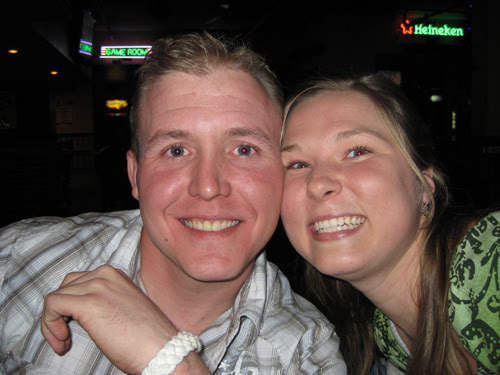 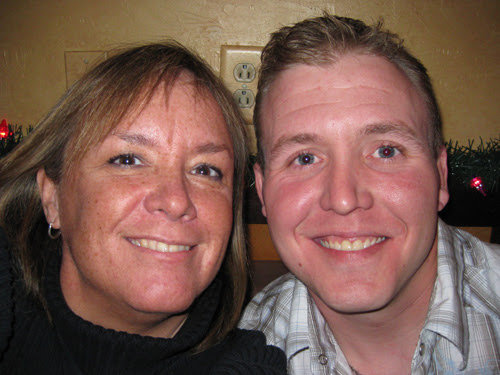 Alright, time for another round of Irish Car Bombs. And this time, we were determined to get proper photos. TJ was in charge of the camera this time! 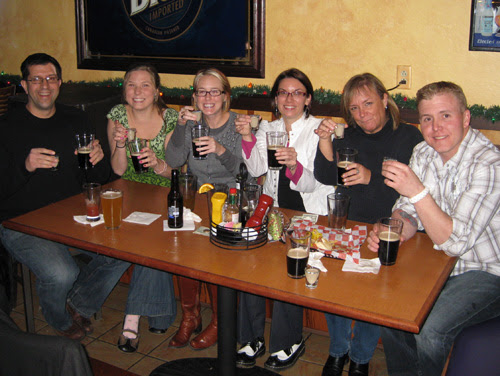 Jason is clearly the winner of this group! Notice that there is one extra car bomb on the table. 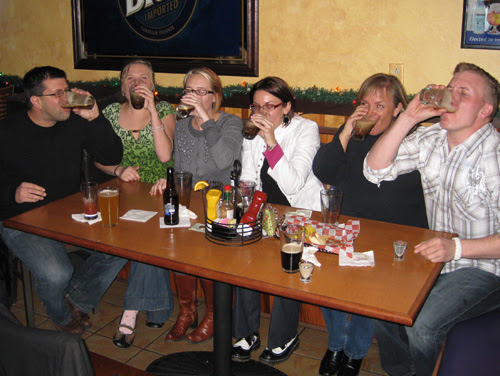 The bartender came by and drank the car bomb. SO FAST. It was amazing. 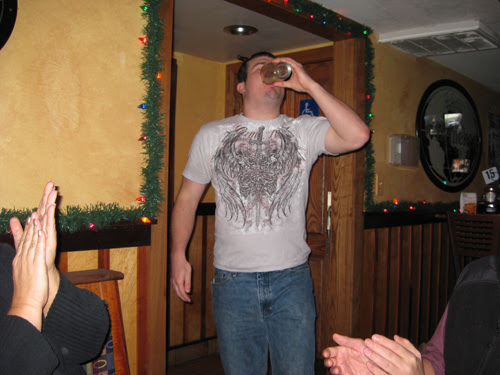