Dan and Amy came over for dinner tonight, and with them was their daughter Elise! After dinner, we played some Rock Band. We decided to give Elise the microphone, and she was a natural! 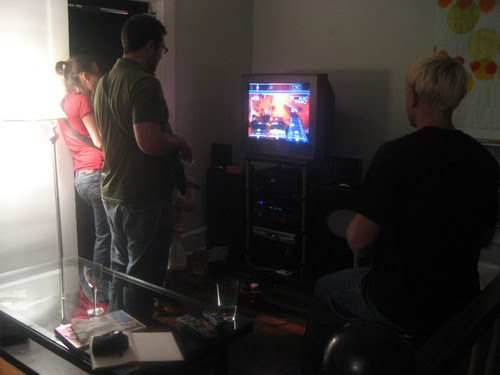 She was just sort of wailing random words and mumbo jumbo along with the tune, but she managed to pass the song! She is FOUR! Such a little rock star. 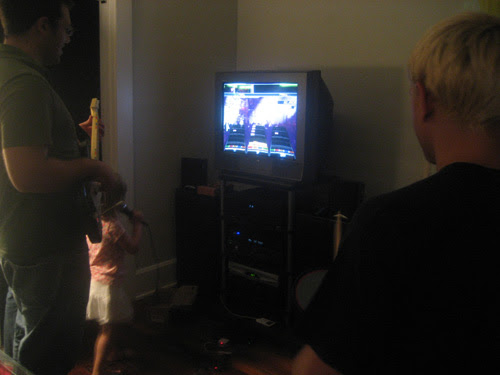 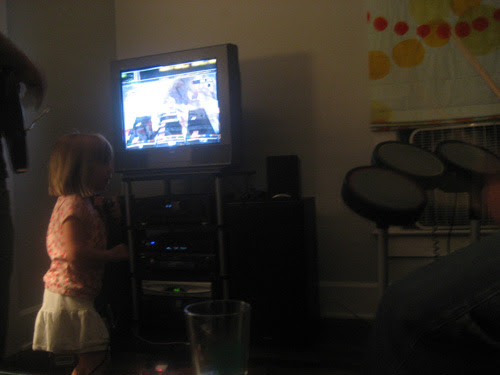