Tonight, Gina, Jill and I went to the Ohio Brew Week Microbrew Cooking Competition. Everything was cooked with beer! First we got to try a bunch of pizzas: 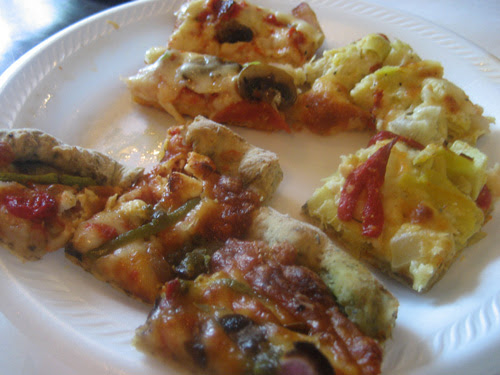 Then some beer cheese soup: 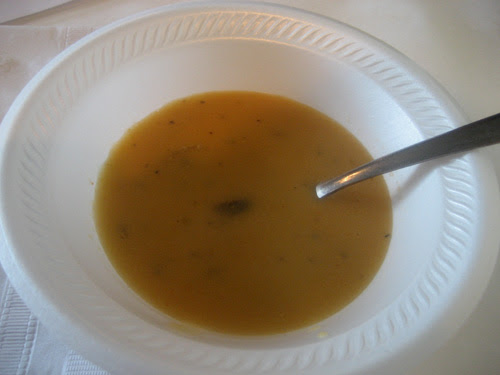 I got an Imperial Dortmunder. 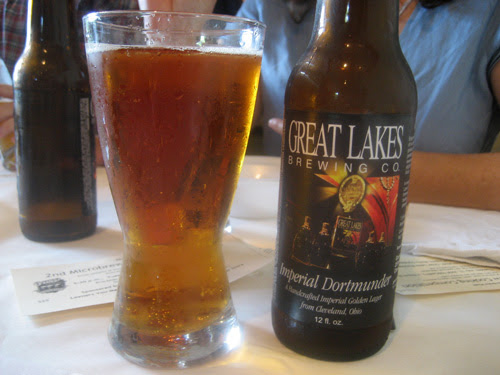 This guy from Sam Adams was there, giving out samples of two new beers. You got to vote, and then the one that gets the most votes will be their new beer coming out in January. They were both delicious, but the Blackberry Witbier was AWESOME AWESOME AWESOME. EVeryone at my table voted for it. I hope it wins! 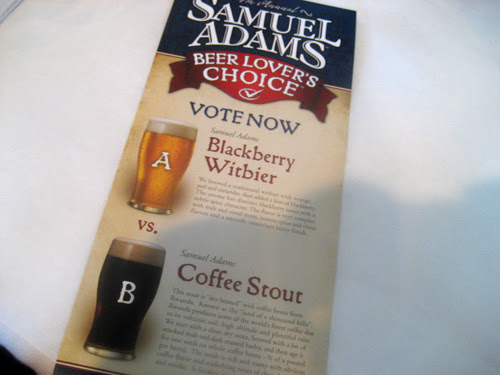 My samples of Sam Adams, plus some red beans and rice. 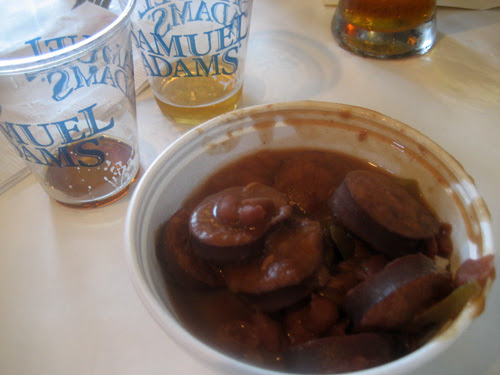 Another red beans and rice entry! 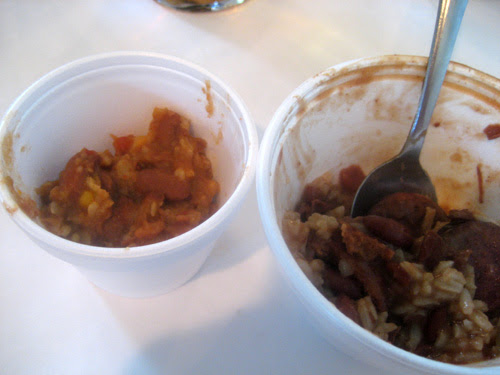 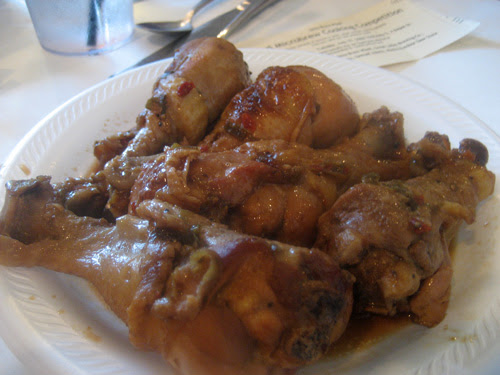 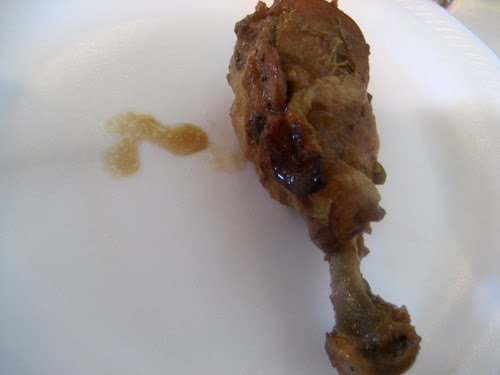 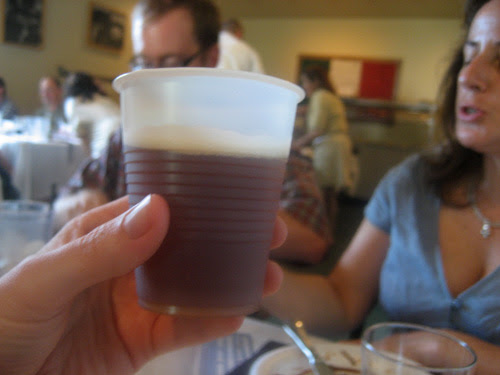 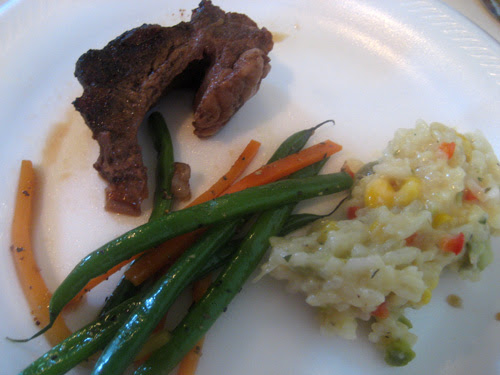 With a DELICIOUS cherry sauce! 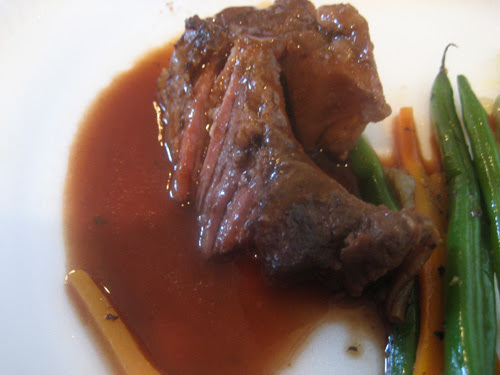 Some sort of crab appetizer. 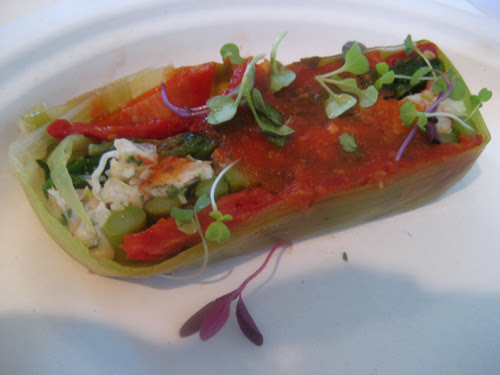 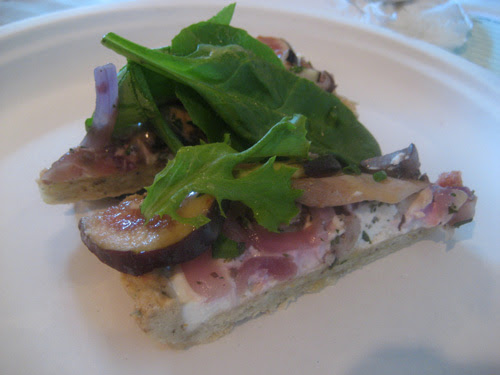 Gina and I tracked down the Sam Adams guy and BEGGED for another sample of the Blackberry Witbier, and he obliged! 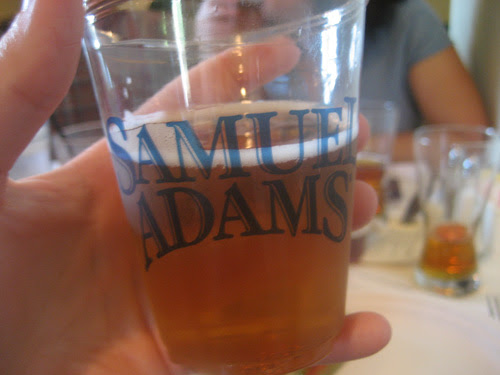 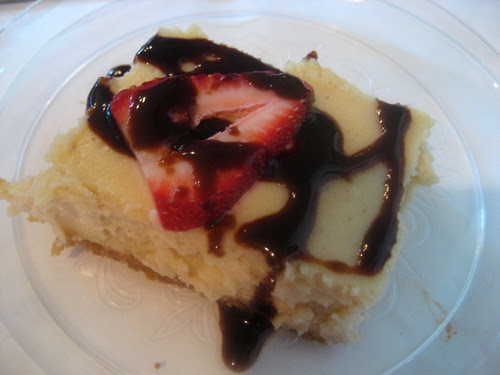 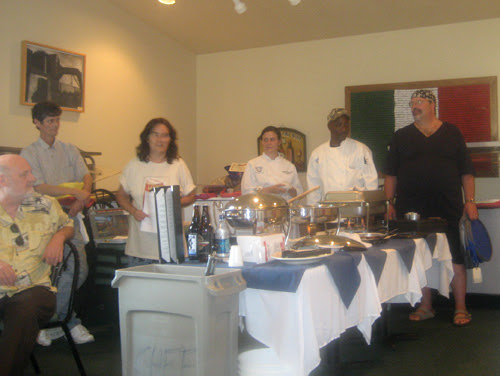 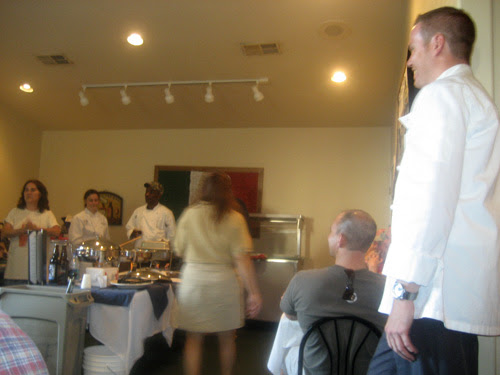